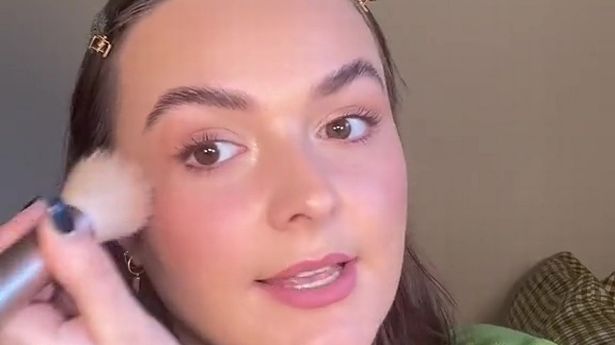 A former TK Maxx worker has revealed she was once asked to lie to a customer’s wife – and she did so in exchange for a good review.

TikToker Louise May worked for the off-price retailer for five years and claims that the customers are “wild” – so it’s no surprise she has some incredible stories.

One customer, who Louise gives the made-up name “Linda”, explained she had seen a green vase downstairs and when she turned her back it was gone.

Lou was asked to help find it, and despite being on the tills at the time, she was happy to help – wanting to hold on to her Associate of the Month status.

Retelling the comical story in a video on her TikTok account, she explained how she went searching for this “massive” vase, which cost a whopping £89.99.

Quite pleased with herself, she explained: “Anyway, I put my treasure hunting hat on and I find it in a storage basket.”

After picking it up, she went to the escalators to give it to the customer, when the woman’s husband stopped her.

According to Louise, the panicked man said: “Don’t come upstairs with that.”

Louise, who had just spent 10 minutes looking for the vase, was suitably confused about why the husband didn’t want his wife to have it.

The amused TK Maxx employee saw how she could benefit from the hilarious situation and agreed to “put her acting hat on if you leave me a good review”.

After going back upstairs to tell the customer that she had looked everywhere but couldn’t find the vase, she was greeted with a “huff”.

Louise thought: “Linda honey, you huff at me one more time and I will end your marriage and I will give you a reason to divorce this man.”

Not wanting to deprive her husband of the magnificent vase, the persistent customer kept pushing Lou to tell her when they would be getting more stock in.

Louise tried her best to throw the customer off the scent, even telling her they don’t restock the brand often – even though they do.

Backed into a corner, Louise revealed: “This is when she caught me.” After which the customer allegedly said: “You’re lying. I’m in here all the time and you always have this brand.”

Eventually Louise told the customer she would look out for the “weird-looking” vase for her.

After a week, the man has left a “lovely review”, and Louise was on track to get Associate of the Month again.

Hilariously, Louise didn’t see her again until New Year’s Day – when she returned with a broken green vase.

Claiming her husband had opened it on Christmas Day and it was broken, she was demanding a refund.

How it broke remains a mystery…

Can my boss let me stop work to watch England in the World Cup? Your rights explained

‘My kids have no bedtimes or screentime limits, trolls say I shouldn’t be a mum’
Facebook Comments Box

Shark Spotted That Has Striking Resemblance To Donald Trump

People Are Claiming Their Alexa Machines Are Randomly Laughing