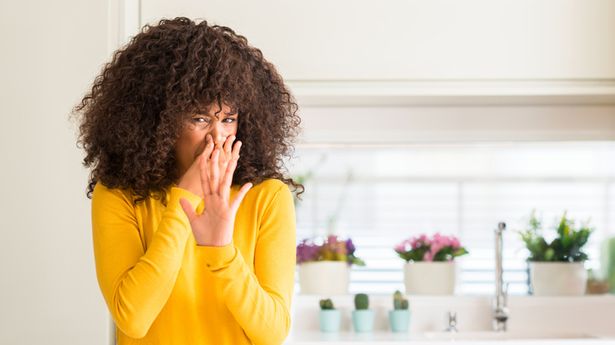 Trying to get someone you live with to take care of their personal hygiene a little more can be a sensitive subject – but after months of trying, one woman reached her limit

When you live with somebody, what they do, or do not, choose to do can end up also having a massive impact on you. If they’re staying out late and waking you up when they get in, or making food and not cleaning up after themselves, it can become quite tiresome and you may feel the need to intervene and mention something to them.

That’s the situation one woman found herself in when her flatmate was showing ‘zero respect for personal hygeine’, and she posted her woes on Reddit’s ‘Am I the a**hole’ forum, asking whether the way she’d acted was reasonable, or not.

She wrote: “I (23F) have a roommate (18F) who has zero respect for personal hygiene.

“I tried to talk to her about it but she just brushes it off and says she’ll shower but never does. Last week I told her that I can’t stand the way she smells and how the apartment smells because of her so she either starts showering or I’ll have her evicted.

“Obviously, nothing changed so this morning I contacted the landlord, I explained the situation and asked if he can evict her. He came over and the second he stepped in I could see him trying not to throw up. He called her and told her she has 30 days to move out or she will be removed by force.

“My roommate is furious and hasn’t stopped calling me names. I don’t think I’m in the wrong here but a couple of people told me that I’m being inconsiderate by having her evicted so close to Christmas and that she’s in her first year of college and I may be interfering with her studies. So, am I the a**hole?”

People in the comments defended the woman’s decision to get her housemate evicted as she gave her ample warning to do something about it.

One wrote: “You’re not the a**hole. If she smells so bad that the apartment stinks to the point where the landlord is throwing up, that isn’t normal. You talked to her, she did nothing.”

Another said they had a similar experience, commenting: “I had a flatmate whose room had a similar sickly sweet pervasive smell. I could tell by scent if her door was open even a crack.

“Her problem wasn’t that she didn’t wash but that she almost literally didn’t change the bedsheets in an entire year of living there (I’d say maybe once), this despite the fact she was initially only working part-time, then she was signed off work for a medical reason, then it was Covid, then she changed medication so was signed off again, so spent almost all her time in bed (or going out with friends, so it wasn’t that she didn’t have the energy to change the damn bedclothes).”

Someone else fumed: “Your roommate is lucky she’s not being sued by your landlord for long-lasting damage to the apartment.

“Smells absorb into walls and fabrics. From smoking to letting mildew build-up, smelly shoes etc. – if the smell is so bad it’s immediately apparent upon a foot in the door, it may not even be able to be aired out of the place and would constitute damage to the apartment.”

What would you do in this situation? Let us know in the comments .