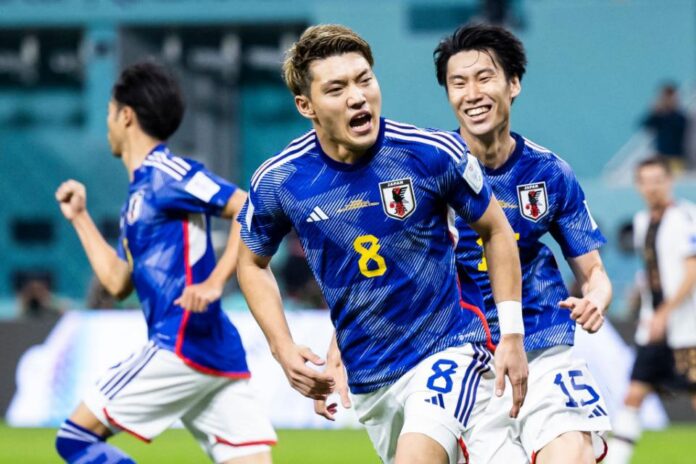 Japan’s place in the Round of 16 and Germany’s shock World Cup exit could be confirmed on Sunday in Qatar, but first the Samurai Blue must beat Costa Rica.

Takuma Asano’s clinching goal against 2014 World Cup winners Germany sent shockwaves from Qatar to Berlin, and left Hansi Flick’s side requiring a result against in-form Spain to stay in contention.

To pile the pressure on Germany, Japan now know that if they beat Costa Rica — who were demoralised in a 7-0 thrashing by the Spanish — they could secure back-to-back trips to the World Cup knockout stages for the first time in their history.

Below are the confirmed lineups for both teams ahead of the match.

MORE: How to watch Japan vs. Costa Rica

Costa Rica’s implosion against Spain could be partly blamed on their team being in a transitional phase, with a mixture of raw inexperience and veterans in their squad.

Coach Luis Fernando Suarez makes two changes to his starting side as part of a switch to a more attacking set up in Al Rayyan.

Japan will look to capture more of what the Germans couldn’t handle in the opener, but some minor injuries have forced Hajime Moriyasu into five starting changes.

Below are the projected starting lineups for both teams ahead of their match at Ahmed Bin Ali Stadium on November 27.

Hiroki Sakai was substituted off with 15 minutes of the opener remaining, and has skipped training with a hamstring problem since, and the Urawa Red Diamonds defender is not risked from the start in this tie.

Takuma Asano‘s fitness was a concern in the build-up to the World Cup but after coming off the bench and scoring the winner against Germany, and he again starts on the bench.

Costa Rica’s star man, goalkeeper Keylor Navas, was an injury concern in the build-up to the World Cup but despite the misery of conceding seven goals, he didn’t seem to be struggling with any physical issues against Spain.

Here are the 26 names on Japan and Costa Rica’s World Cup squads in Qatar (caps correct as of start of Qatar 2022):

Livid dad refuses to pay for daughter’s wedding after she ruins...

‘My husband isn’t invited to his work Christmas party – I...