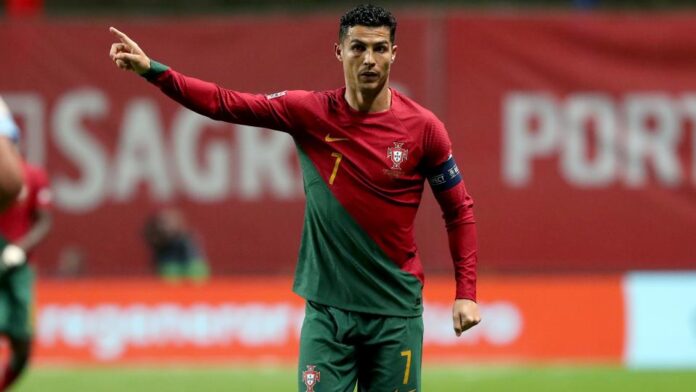 Portugal are ready to finally let their football do the talking at the 2022 World Cup.

If veteran head coach Fernando Santos had his way that would always have been the case, but Cristiano Ronaldo’s explosive exit from Manchester United has dominated the conversation around the Selecao.

“It hasn’t even been discussed,” Santos told his pre-match news conference for Thursday’s Group H opener against Ghana.

“The conversation hasn’t come up at any moment, not only from him. If the players are talking about that in their rooms alone, I can’t say. They can do what they want, but the important thing is they are absolutely focused and realistic about the challenges they are facing.”

Ronaldo is short of match time and must now try to find his best form alongside a talent-stacked supporting cast as the five-time Ballon d’Or winner takes a final shot at World Cup glory.

Portugal must also do battle with Uruguay and South Korea in a tricky group. This is how their latest team news is shaping up.

Santos faces a bit of a coin toss for his starting goalkeeper and Porto’s Diogo Costa might get the nod over long-serving No 1 Rui Patricio. In veteran defender Pepe and Ronaldo, the Portugal XI is still likely to boast a couple of cap centurions.

According to Portuguese sports paper Record, Santos is toying with the idea of fielding the attacking midfield quartet of Joao Felix, Bernardo Silva, Bruno Fernandes and Rafael Leao behind Ronaldo, possibly to try and tap into some of the swashbuckling quality on show during their 4-0 warmup win over Nigeria, which Portugal’s captain missed through illness.

Ronaldo is fit to play, but Paris Saint-Germain’s Nuno Mendes is a doubt. If he doesn’t make it, expect Joao Cancelo to start at left-back, with Diogo Dalot in the other full-back position.

Here are the 26 names on Portugal’s World Cup squad in Qatar:

‘I accidentally discovered my daughter’s OnlyFans – she hasn’t talked to...