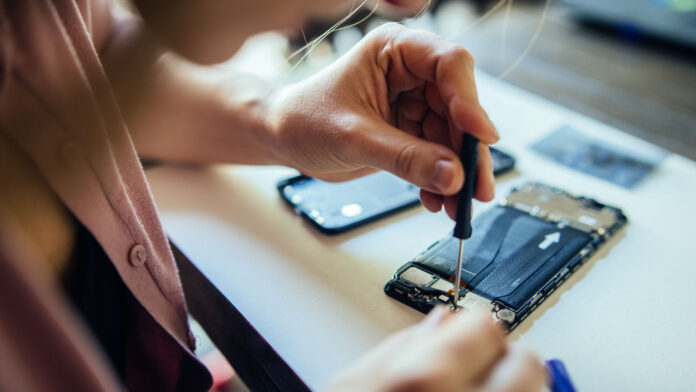 DIY-minded Samsung owners now have officially supported options to repair more smartphones and, for the first time, laptops from that firm.

Samsung says S22-series owners will be able to buy kits to swap out “display assemblies, back glass, and charging ports.” For the two Galaxy Book laptops, both introduced in 2021, the parts menu covers “the case front, case rear, display, battery, touchpad, power key with fingerprint reader, and rubber foot.”

Samsung’s collaboration with the device-repair hub iFixit(Opens in a new window) began last year when it opened a storefront there in August with parts for Galaxy S20-series and S21-series phones and the Galaxy Tab S7 Plus tablet.

Google launched its own iFixit collaboration last year for Pixel parts, which I took advantage of to replace the screen I’d cracked on my Pixel 5a phone at considerably lower expense (the screen repair kit sells for $99.99) than an in-store repair would have cost.

Apple got ahead of both of those firms by announcing its own “Self-Service Repair” program in November 2021, opening an iPhone-repair storefront last April, and expanding it to M1 MacBooks in August. That site now also stocks parts for some Mac mini and iMac desktops as well as the Mac Studio.

Owners of all of those computers and many others have long been able to buy third-party repair kits at iFixit and other shops, but their unofficial nature puts them into warranty-voiding range and in some cases has come at a cost in functionality(Opens in a new window) when a device’s software rejects the transplant.

“Right to repair” advocates have pushed for legislation requiring manufacturers to provide parts and documentation for independent fixes, which resulted in the passage of a limited bill in New York at the end of 2022.

Russian Football League Criticised As Bear Is Brought Out Before Match