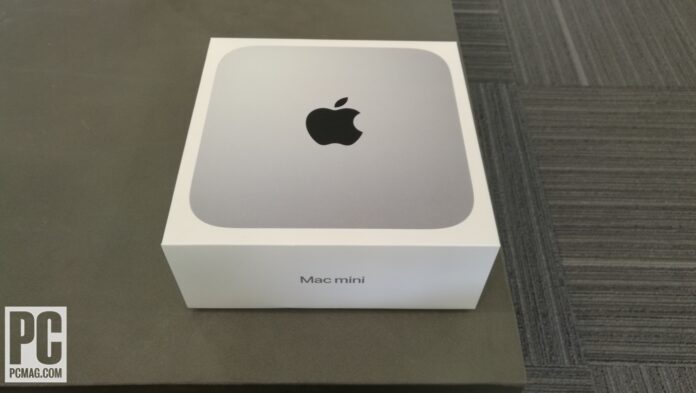 Here’s something you don’t see every day: A new computer product that offers (presumably) better speeds and more features than its predecessor, offered at a lower price than before. From…wait for it…Apple?

No, you’re not dreaming. And yes, Apple: The same Apple that charges an extra $1,000 just for the stand that goes with its expensive Pro Display XDR monitor and Mac Pro desktop (a combination that starts around $10,000, and goes much, much higher for top configurations).

Apple’s announcement of a new version of the Mac mini, starting at $599 and touting current-generation M2 processors, came as a surprise. But it raises some curious questions about that price. Other 2023 Mac mini configurations are available for more, like a 512GB model for $799, or a top-end option with the new M2 Pro processor, which is up for preorder at $1,299. Regardless, there’s no denying that the base Mac mini model looks like it could be one of the best values Apple has offered in years.

That’s especially surprising when you consider that the M1 model from 2020 started at $699. In fact, the last Intel models started at an even higher price, with the Core i3 Mac mini model selling for $799 way back in 2018. So…what’s going on here?

Understatement of 2023 so far: Apple isn’t generally known for its budget pricing. Sure, there’s the odd outlier, like the Apple iPhone SE (2022), or how Apple occasionally keeps an older product around to fill a low-end spot in a product line. A recent example is what Apple did with the M1 version of the MacBook Air, which still lingers on and sells for $999.

When you get right down to it, Apple has benefited greatly from maintaining its premium brand identity, allowing it to be more profitable, even if the company loses a slice of budget shoppers by holding the line on prices. After all, Apple was the first US company to break the trillion-dollar mark, and those profits had to come from somewhere.

Whether it’s the so-called “Apple Tax” (paying a premium for Mac hardware whose equivalent is often sold for less over on the Windows side), or the lingering effects of Steve Jobs’ legendary “reality distortion field” (in which a combination of clean design and an Apple logo seem to make higher prices more palatable), Apple has made a ton of money by charging top dollar, and maintaining a certain inviolable base price level for its products.

How Does the Mac mini Keep Getting Cheaper?

Part of the answer, to be sure, has to be the shift away from Intel silicon, which reduced some functionality. Moving to Apple Silicon meant giving up a lot of RAM support—the Intel models supported up to 64GB of memory, while the M1 model topped out at a relatively paltry 16GB. (As it stands, the M2-equipped base model now supports 24GB of memory, while the M2 Pro version can be had in 16GB or 32GB configurations.) Before the rockets and comments come in: Yes, the Apple Silicon Macs use RAM more efficiently and the memory discussion is something of an apples-to-Windows comparison, but that is still a great gulf.

With the Apple Silicon models, you also give up a significant amount of display support. Sure, the M1 Mac mini could drive two displays with one up to 6K (you could pair a 6K display with a second monitor up to 4K resolution), but a third monitor? Out of the question. The Intel-based Mac mini, on the other hand, could handle three 4K monitors at a time and, for some of you, the higher resolution was no consolation for the loss of a third screen. (The new vanilla-M2-powered Mac mini is still limited to two displays, but the M2 Pro model steps up with triple display support, putting it back on level with the Intel models of years past. But of course, it’s not $599.)

Port selection is the other casualty of the Apple Silicon shift. Where the Intel Mac mini came with four Thunderbolt 3 ports, the new M1 model dialed it back to just two Thunderbolt 4 ports. Faster connectivity, sure, but at the loss of two whole ports?

Looking at all of the features and capabilities lost when Apple left Intel behind, it makes some sense that the first Apple Silicon Mac mini was a little cheaper. Plus, Apple is no longer paying a cut to Intel to use its chippery, so there is likely a supply-chain benefit that allows Apple to gradually decrease the price. It may even have been a loss leader to help M1 get established in the market.

But now we have the base-model M2-equipped Mac mini coming in at an even lower price. And that’s at a time with supply chains under stress, soaring prices on many kinds of chips, and 40-year-high inflation across the board.

Going Against the 2023 Trend

Maybe this is Apple’s play to stay relevant in a time of rising prices and tighter financial circumstances. Maybe it’s a move to gain market share in parts of the world where Apple’s brand of premium-priced magic doesn’t sway shoppers. Maybe it’s a mix of an Apple-owned supply chain and economies of scale. Heck, maybe it’s just an aberration in the distortion field.

Whatever the reason for the Mac mini’s newly lower starting price, it’s a welcome change. And it makes the new base-model Mac mini look like it could be one of the best value purchases Apple has offered in years, blowing many budget desktops running Windows out of the sky. (We’re anxious to get it on the test bench and see.) Let’s hope that’s a trend that continues.

Husband reacts furiously after wife didn’t wake him up, and blames...