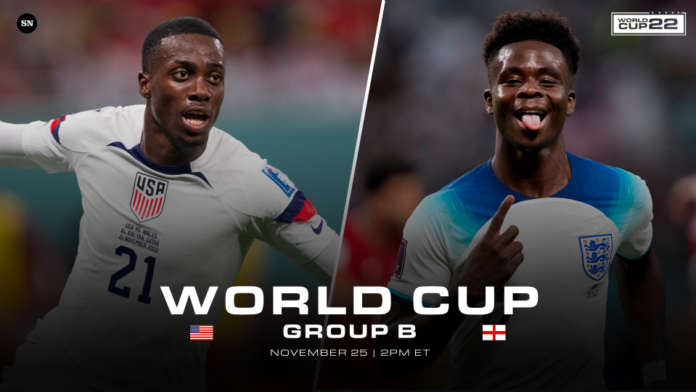 When the United States and England meet on Black Friday in Qatar, far more is at stake than merely three points in the quest to emerge from Group B.

Sure, both sides enter their second group stage match with their eyes set on qualifying for the knockout round. England sits atop Group B after dismantling Iran 6-2 in its opener, tied for the most goals England has ever scored in a World Cup. And while the Americans came away with a point from the 1-1 draw with Wales, they’re surely left with a sour taste after blowing a late lead and the chance to secure a pivotal early win.

Incredibly, England has never beaten the United States in a World Cup. First came USA’s stunning 1-0 upset in 1950 in Brazil. Then came the equally demoralizing draw in 2010 in South Africa.

Twelve years later, the Three Lions fancy their chances to not only put away the Americans, but to emerge as legitimate World Cup contenders.

To get you set for the highly anticipated Black Friday holiday bash, Marc Stein revisits the bloody history and explains why current connections make this third entry into their World Cup rivalry bigger than ever before.